My Site – Now on Version Control

It seems to me that everyone is starting to do this, and I thought that I should jump on the bandwagon as well. I don’t really know why I did it, but I am now running this bad boy with Git, BitBucket, and a shell script that runs to automatically pull the repository on my server. It seems to work pretty well so far, but I have only been using for a few hours.

The reason that I set this up is because I have made a lot of changes to theme of my website, and I got tired of having to use FTP/SFTP to put the files there. It does not seem like the efficient thing to do, and I didn’t want to do that anymore. After searching on the Internet for an hour or so I found a solution using a script called deploy.php, but I did not like that anyone could get access to it.

There had to be a better way, and I think that I found it using the Linux cronjob and bash script to run some commands for me. It might put some minimal extra load on my VPS, but I don’t think that it will be noticeable. I would like to set up something like WP Stack, but it seems like it is a pain to set up. I might look into it more later, but I think that I will stick with this for a few days or weeks. It is way better than what I have.

The only bad thing about doing this is having to update my plugins in development first. I am not super thrilled about that. I guess that I could exclude that directory, but I have a custom plugin for this site that I do some work on at times. It handles my Custom Post Types, and I try to tweak it to make it slightly better now and then. I am also not sure how to handle the database changes that the plugin might need to make. I guess I will have to find some way to dump the database and then import it to the production server. I do not want to get into the habit of taking a dump and uploading it constantly. That is not fun!

The past few days have been quite an experience trying to install Ubuntu on an old Dell D620. The machine can’t run Windows effectively anymore, but I thought that it might still be able to handle the load of Linux. I was right about that, but it has been a pain in the butt getting the wireless card working on the machine. Everything that Google returns offers different answers, but I am going to list what I have done to get it fixed.

For awhile, I have wanted to run my own URL shortener, and I made that desire a reality a long time ago. I just never posted about it. I am not really sure why. I was pretty excited about it, but I never told anyone. There are still some people that have found it, but I was hoping that I could open it up to people who happen to read this blog.

The hardest part about the whole thing was finding the correct name. I wanted something that was short and easy to understand. This is where dcrs.me comes in. It is the word decrease without the vowels. I thought that it was pretty clever. If you want to use it, go ahead. It has a public interface for it, and I can set you up a secret key so that you can automatically post to it. It is what I use for this site.

So check it out at http://dcrs.me!

Since I moved over to ISPConfig 3, I decided to create a theme for it. The theme was not that hard to create, and I am not sure that I did that great of a job on it. It looks way better than the default theme that comes with the control panel. You can find it over on my GitHub. I don’t want to waste my bandwidth on it because I don’t have a lot.

The repo can be found here: ISPConfig_Clean 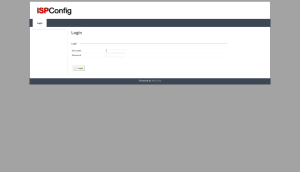 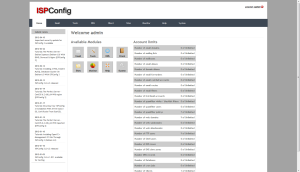 Out of the LowEndBox Segment

For the past year and a half, I have run several sites on really low ram virtual servers. When I say low ram, I mean 128MB with a burst of 256MB. To be honest, this was fun for a little while, but it created a headache for me. I had about 7 or 8 boxes that I had to take care of, and I just don’t want to do it anymore. It is easy enough to login to them, but I hate trying to fix all the little issues that seem to pop up.

To cure this LowEndBox overload, I have gotten rid of all of them, and I have consolidated everything down to a single 1GB box. The monthly cost is essentially the same, and I only have to check on one box. I have also installed ISPConfig 3 on the box so that it is easier for me to manage them. If you need any hosting, just let me know. I can do it pretty easily, and you get a nice interface to do it with. It is easier than the command line that I was wrangling around with earlier.